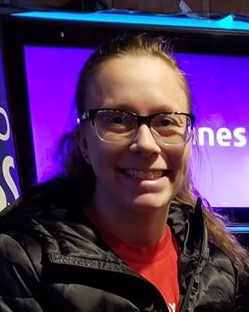 Tabitha Staehr believes every child deserves a memorable Christmas. Each year, she does her part to make sure they receive one. In founding and operating the Schuyler Peterson Toy Drive, Staehr is helping provide toys to children whose families are in need of financial support during the holiday season.

Staehr is a sophomore elementary education major at Midland University. Her mission to help children is fueled by the memories of Peterson, a childhood friend of Staehr’s who passed away at the age of 8 after battling cancer. Staehr realized the best way she could honor Peterson was to help others. “Schuyler’s wish was to help children and families who didn’t have anything,” Staehr said. “When she died, I took it under my wing.”

What started as a small venture providing presents to children through Lincoln Public Schools has now morphed into Staehr providing Christmas wishes for nearly 15 families around the Lincoln area each year. She sets up a donation stand at a Lincoln restaurant and says the box is “overflowing” each year with presents. She also accepts monetary donations and goes shopping herself, on Black Friday of all days, because “that’s when you get the best deals.”

She doesn’t sneak down chimneys on Christmas Eve to deliver presents, but Staehr does prefer to stay behind the scenes when it comes to handing out gifts. She makes sure the families are aware that she doesn’t need any accolades when it comes to gift-giving. “I always tell the parents that if they want to say that the gift is from them or Santa, I understand. I just want them to have that Christmas spirit,” she said.

One appearance she did make that has left a lasting impression on her was a visit to St. Jude Children’s Research Hospital in Memphis, Tennessee in 2015. “That was my favorite project I’ve done,” she said. “I got to drop off toys during my tour and I think being around kids with cancer really brought more clarity to what I was doing.”

The Schuyler Peterson Toy Drive has become a family venture. Staehr’s mom has been her partner in the process since it started while her aunt, grandmother and brother have also found ways to assist. Staehr’s mom has operated a daycare for many years, which she says has had a direct impact on her desire to help children. “I guess I’ve grown up being around kids, so I’ve always wanted to help out,” she said. “It makes me feel good because I know there are some kids who don’t always get something (for Christmas).”

She has visions of the Schuyler Peterson Toy Drive growing into a nationwide nonprofit someday. For now, she would like to expand the project to assist families in the Midland community. “I would like to get people on campus involved and starting helping families around Fremont,” she said.

Volunteer work has become second nature for Staehr, who has been doing her part to help her community since a very young age. “I’ve always volunteered,” she said. “It gets hard with school sometimes, but it’s important to me. I like knowing that kids will have a Christmas. It brings a smile to their faces, and that’s important to me. It makes my heart feel good.”

Hard work and perseverance helped Courtney Thomsen excel as an athlete and coach, but it […] Read More

Women of Midland Campaign Celebrates Past, Prepares for Future