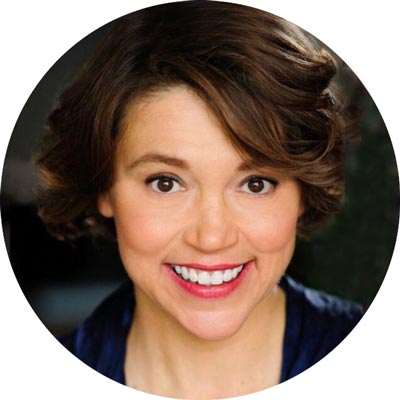 Joan Korte comes to Midland University with a background in acting, directing, and teaching. As Director of Arts at Midland, she works to develop innovative and relevant programming that will attract students to the university, as well as build campus and community engagement. Joan has spent 23 years teaching acting and voice at the university level and has prepared countless students to take their next steps into the professional world. Because of her background, it was a natural progression to move into an area where she can help arts students reach their creative and artistic potential while developing strong organizational leadership in the areas of programming, finance, and management. Joan is a member of the actor’s union, Actors’ Equity Association, and the director’s union, Stage Directors and Choreographers Society. 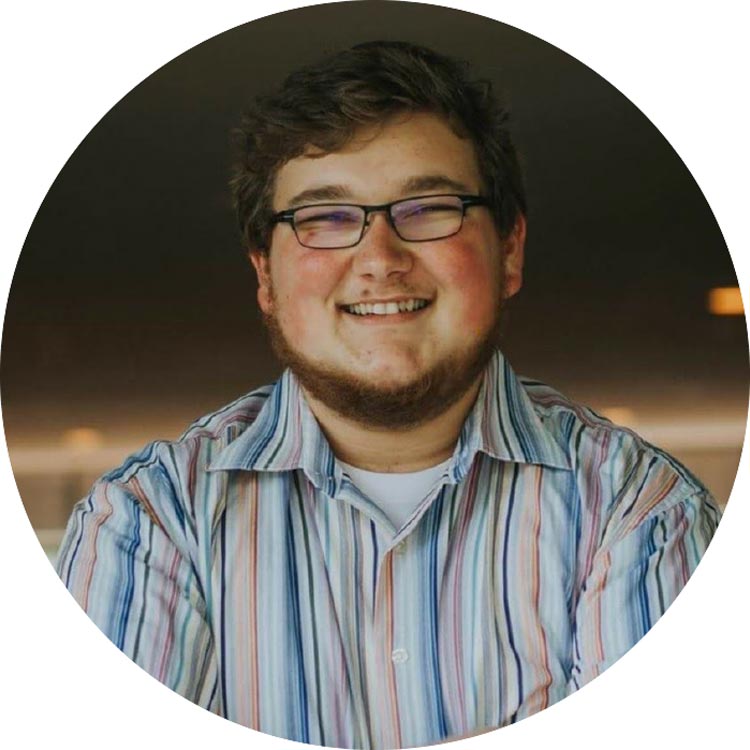 Keaton graduated from Midland University in 2018 and received a B.A. in Arts Management with a concentration in Marketing and Theatre Performance. While at Midland as a student, Keaton was involved in theatre, technical theatre, vocal music, residence life, and various student-led organizations. Keaton has spent the last three and a half years as a Residence Life Coordinator in the Department of Student Affairs. He is very thankful for the opportunity to work in the Arts Department again and excited to bring more students to Midland University to pursue their dreams. 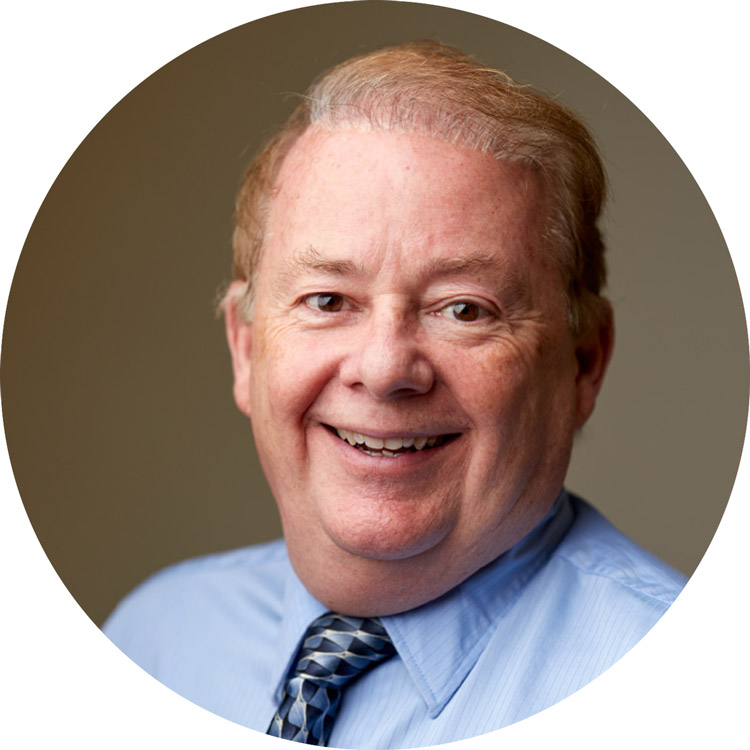 Dan P. Hays began at Midland University in January of 2014. Before coming to Midland, Dan was an Associate Professor of Theatre and Coordinator of Musical Theatre at Nebraska Wesleyan University. Before that, he was a longtime High School Choral Director at Elkhorn High School in Elkhorn, Nebraska, and Blair High School in Blair, Nebraska. Dan has been a member of Actor’s Equity (the professional actor’s union) since 1988. He is an Associate Director for The Young Americans, which is a California-based semi-professional performance group. Dan has been a professional actor, director, musical director, and choreographer. He has been awarded the Gary Thomas Distinguished Alumni Award from the University of Nebraska at Kearney, the Show Choir Camps of America Outstanding Teacher of the Year, the Outstanding Young Music Educator Award from the Nebraska Music Educators Association, the Outstanding Young Music Educator Award from the Nebraska Choral Directors Association, the Sertoma Club’s Man of the Year award, and the Golden Apple Educator award. 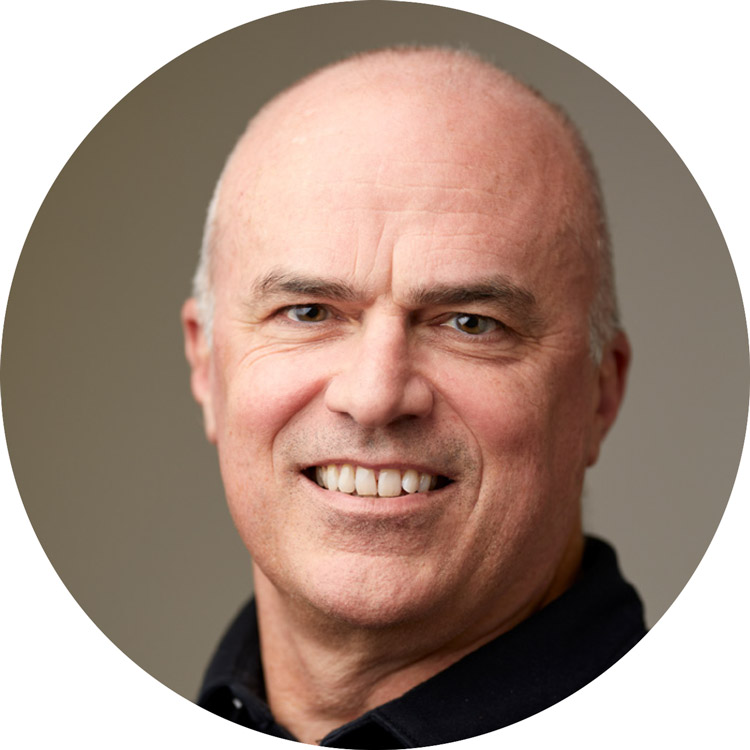 Joel Johnston is Director of Vocal Music at Midland University in Fremont, Nebraska, where he conducts the University Choir, the Clef Dwellers, and teaches courses in Music Education and Vocal Pedagogy.  Known for his positive and dynamic leadership, Joel is in demand as a vocal clinician, conductor, choreographer, and adjudicator.  He has conducted more than 40 choral festivals throughout the Midwest and is a frequent judge at show choir competitions.

Since 2005, Joel’s second “home base” has been the SNJ Studio of Music in Omaha, where he teachers voice and conducts two award-winning ensembles – the SNJ Singers, a select 50-voice High School A Cappella Choir, and Center Stage, a 56-member Middle School Show Choir.

Joel has served as Chorus Master for the Omaha Symphony Christmas Celebration at the Holland Center in Omaha and was musical director for the popular Nebraska Shakespeare production of Twelfth Night in June of 2013.   He served as President of the Nebraska Choral Directors Association, as well as Chair of Choral Affairs for the Nebraska Music Educators Association.  He was named NMEA’s Outstanding Music Educator of the Year in 2003. 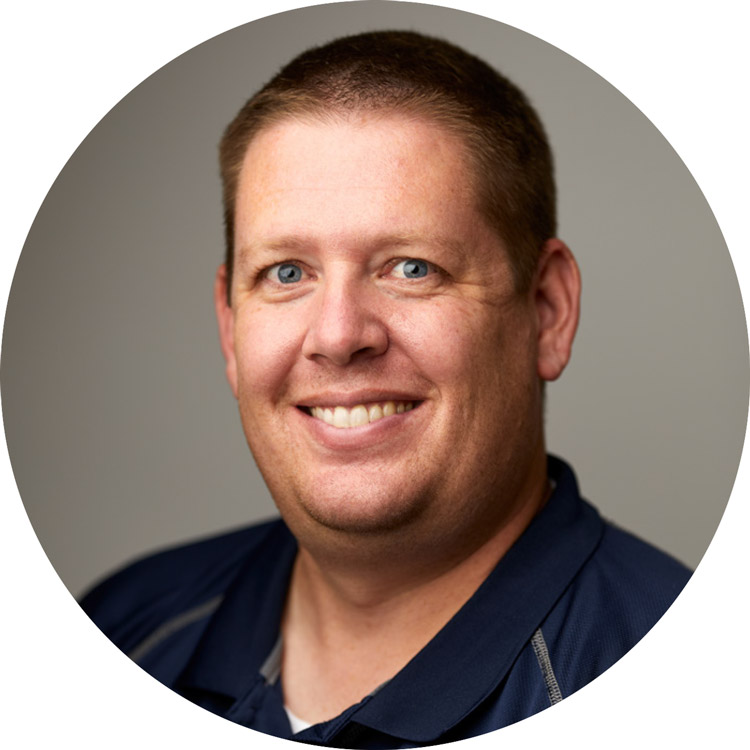 Adam Knowlton has been the Director of the Midland University Speech & Debate program since the spring of 2017. Originally from Omaha, Adam was an out-round competitor in Communication Analysis, Informative Speaking, Prose Interpretation, Dramatic Interpretation, and Duo Interpretation on the national level. Following his undergraduate career, Adam earned an M.A. in Communication Studies from the University of Nebraska-Omaha, and a Ph.D. in Rhetoric and Culture from the University of Nebraska-Lincoln. Over his 13-year coaching career, Adam has coached 5 National Champions, 6 All-Americans, 21 state champions, and over 61 out-round events. 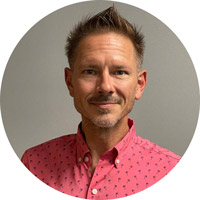 Jerry R. Ditter was previously the Technical Director for Theatreworks, a professional theatre company in Colorado Springs, CO. Prior to joining the professional world, Jerry was an Associate Faculty member at Morningside College in Sioux City, IA, and an instructor, director, and stage manager at Colorado Mesa University in Grand Junction, CO. He also has taught at community colleges, and has experience in the professional management of theatres in Grand Junction and elsewhere. Ditter has a Master’s of Arts in Dramatic Arts – Direction from the University of Nebraska at Omaha and his undergraduate degrees are from Central Missouri State University. Jerry was formerly the Artistic Director of Stages of Omaha at The Millennium Theatre. 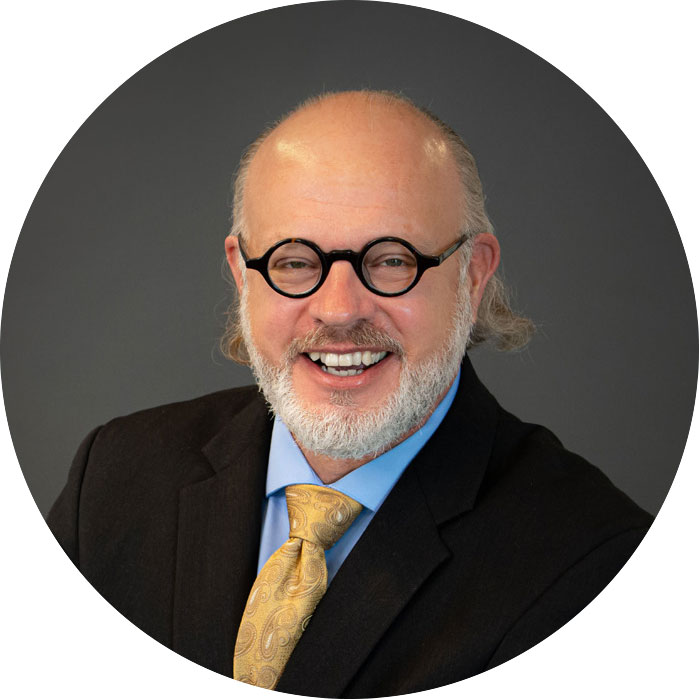 Pat Fortney brings 35 years of musical experience to Midland University. Prior to his arrival at Midland, Fortney had served as Director of Bands at McMurry University, Peru State College, and Nebraska Wesleyan University. He also worked as Director of Music Education at Ohio Wesleyan University, and has taught at the University of Miami, University of Nebraska-Lincoln, Union College, and various public and private schools in both Florida and Nebraska. He earned a Bachelor of Music Education degree, Master of Education/Curriculum and Instruction from UNL, and Ph.D. at the University of Miami.

Known for his passionate conducting style, Fortney brings a commitment to the music, performers, and audience who share in the experience. Fortney works to move instrumental music out of the shadows and bring renewed interest and engagements to band music through concerts, campus events, and special occasions. His groups often perform at community events and collaborate with other ensembles.

Among his honors, Fortney is proud to have been selected as a guest conductor of the Alaska All-State Honor Band, a recipient of the Jack R. Snider Young Band Director Award, and an Admiralship in the Great Navy of the State of Nebraska for his work in economic development in Southeast Nebraska. John has been part of the Midland family since 2000. He teaches jazz band, gives guitar, trumpet, trombone, and jazz improv lessons. John has over 30 years of teaching experience and has been nominated for the most influential teacher. 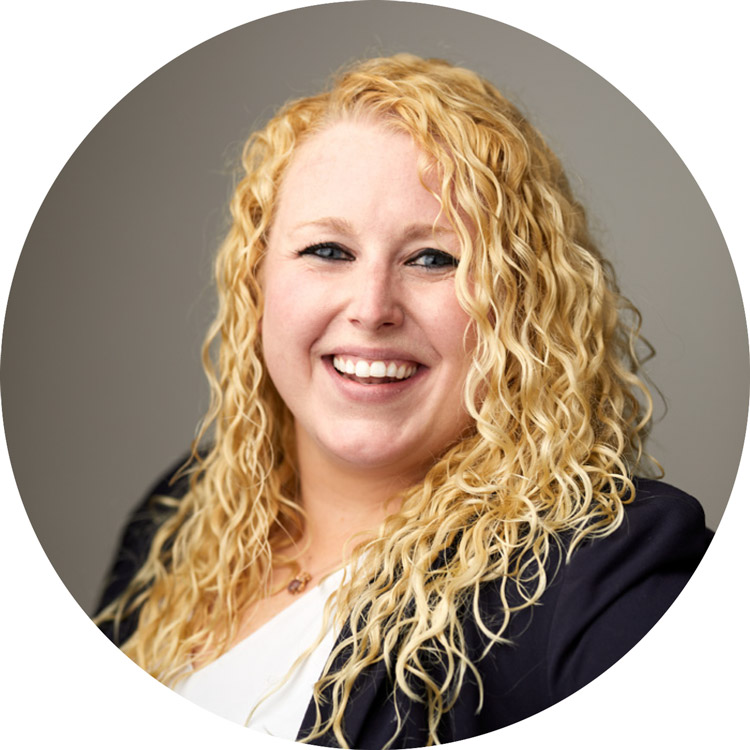 Katy Jones is a sculptor born and raised in Omaha, Nebraska.  After earning her Bachelor of Arts with a professional emphasis in Art, from Doane University, she moved to Hays, Kansas to earn her Master of Fine Arts in sculpture, metal casting, blacksmithing, and fabrication, from Fort Hays State University.  Katy has exhibited at the state and national level and after a brief hiatus from the art world that brought her back to her home state, she is currently at Midland University as an assistant professor of art and design.

As part of her continuing development as an artist and educator, Katy continues to create her personal artwork alongside students in the ceramics lab. These sculptural forms are created around the psychology of illusions, perception, experience, truths, and deception, bringing attention to how they affect our sense of self-constructed identities.  Her work also investigates the effect our complicit acceptance of others’ illusions have within interpersonal and group relationships.  Katy utilizes anthropomorphic, figurative forms to give life to these narratives.  Ultimately these forms, inspired by personal experience, observations, and the experiences of others, confront this sense of constructed illusion and deception that we are faced with every day.  They simultaneously express the basic animalistic impulses all humans share, which must be navigated with each individual’s personal, subjective sense of truth. 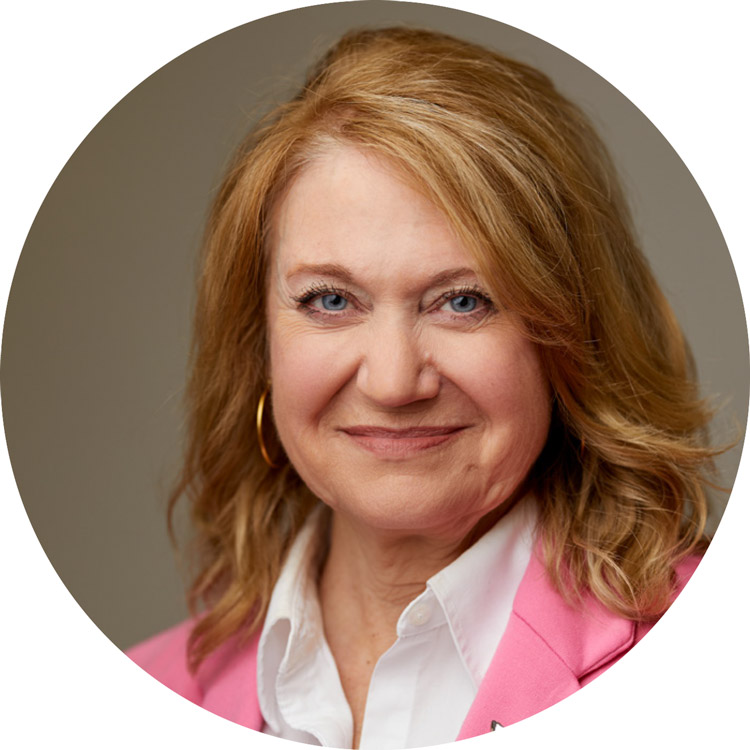 Lee was a music and theatre teacher in the Nebraska public schools for over 30 years. She taught in the Fremont Public Schools for ten years. Lee has worked at Midland for 8 years teaching voice, music, and theatre classes, and directing shows.

Lee has been a member and officer of Nebraska Music Educators, Nebraska Choral Directors Association, Nebraska Thespians, and Nebraska Speech Communication Theatre Association. She is currently the Executive Director of the Fremont Opera House and continues to direct shows there. 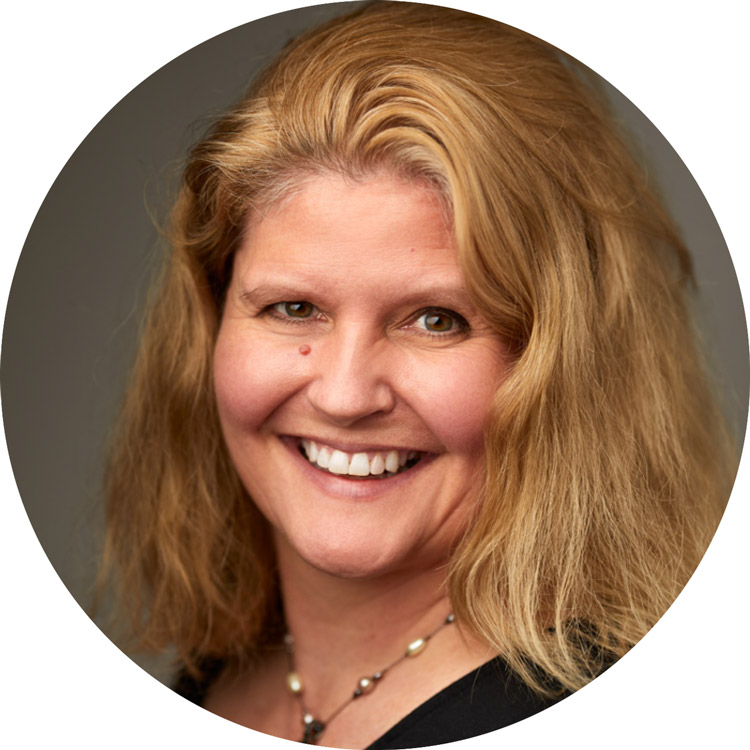 Dr. Julie Kaldor Grives Has taught voice and directed the Freshtones at Midland since 2019. She has taught voice, voice class, lyric diction, theory, vocal pedagogy, western music, and directed choirs, opera, and musical theatre productions around the country for over 20 years. Many of her current and former students perform professionally across the United States.

Dr. Grives is active as a performer on the opera and musical theatre stage, as well as in concert and recital. Recent roles include Mother in Menotti’s Amahl and the Night Visitors and as soprano soloist for Handel’s Messiah.

Dr. Grives completed her PhD in vocal pedagogy at the University of Nebraska-Lincoln in 2019 where she researched the effectiveness of training equipment in the voice studio and encouraging positive neuroplasticity in singers. Dr. Grives presented her research regionally, nationally, and internationally, including at the International Congress of Voice Teachers in Stockholm, Sweden. Dr. Grives incorporates her research in her teaching to provide students with expanded technical and musical skills that ultimately allow them to perform authentically and expressively. 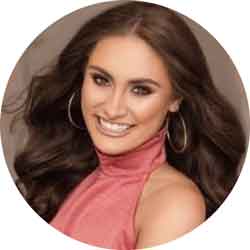 Krista Hinrichs has enjoyed being involved in dance for the past 20 years and has experience in various styles. She was also a member of the Midland University Dance team from 2016 to 2020 and was a member of the game day team as well as the NAIA national championship team, Warrior Wildfire. She enjoys staying connected to the dance world while coaching the next generation of fabulous dancers. 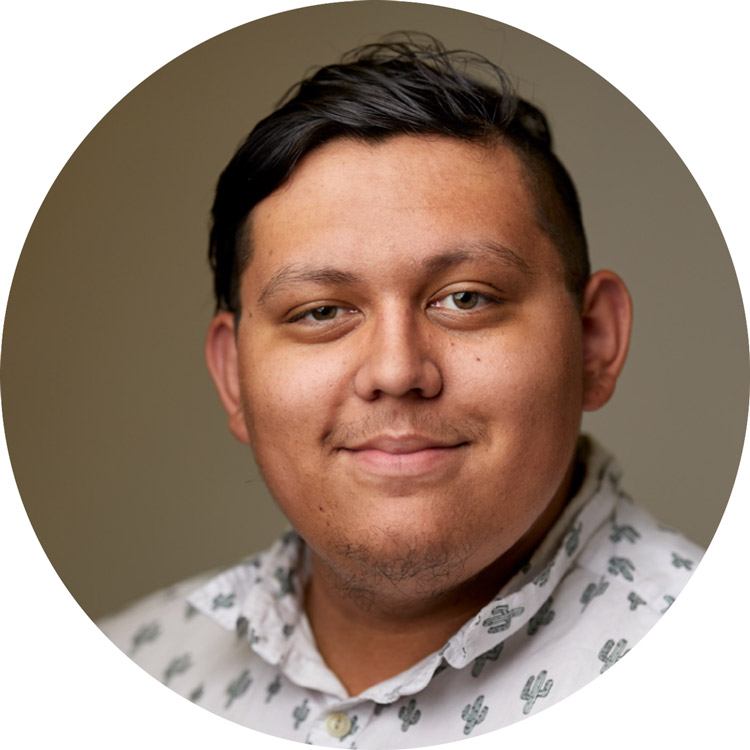 Christopher (Chris) Lopez graduated from Midland University with a Bachelor’s Degree in Arts Management. He is originally from Nashville, Nebraska, and is currently working on his Master’s Degree in Learning and Talent Development. 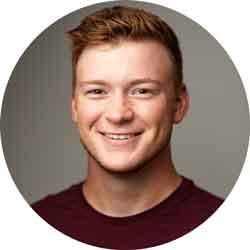 Will Hastreiter
Graduate Assistant of Theatre

William (Will) Hastreiter graduated from Midland University with a Bachelor’s Degree in Arts Management, with a focus in Theatre. Before that, he spent some time touring with a group called The Young Americans, where he received his Associate’s Degree of Arts in Performing with an Acting Emphasis. He is currently pursuing his Master’s Degree in Learning and Talent Development.